WhatsApp Pay: what to expect after Central Bank’s approval

WhatsApp Pay should become a reality in the coming weeks, Mastercard told Reuters.

On March 30, the Central Bank (BCB) authorized Mark Zuckerberg’s Facebook Pagamentos do Brasil Ltda. as a payments initiation service provider. With this approval, WhatsApp, owned by the Facebook group, will be able to offer in-app peer-to-peer transfers.

Details about the new service have not yet been disclosed, but what is known is that like BCB’s instant payments Pix, transfers through the chat app will be free and available to users at any time, 24/7. To use the service, users will need to register a debit card or a prepaid card, which will be used to transfer and receive funds directly from and to their accounts.

WhatsApp Pay will work as a digital wallet, just like others such as Google Pay, Samsung Pay, Paypal and PicPay. However, while most of these wallets are geared towards payments for goods and services, WhatsApp will be limited to transfers between individuals registered in the app.

For now, the WhatsApp arrangement is composed of the two flagships Visa and Mastercard, the acquirer Cielo, and the issuing institutions Banco do Brasil, Nubank and Sicredi.

Brazil will be the second country to host WhatsApp Pay. In India, the service was officially rolled out in November 2020, and is integrated to the Unified Payments Interface (UPI) – similar to the Brazilian Pix. WhatsApp payments were initially launched in Brazil as soon as June 2020, but the Central Bank suspended the operation at the time, allowing only pilot testing.

How does the payment initiation work?

The payments initiation service provider (PISP) was regulated by the Central Bank in October 2020.

When the final user registers a request to make a transfer, the PISP sends a command for the funds to be debited from the payer’s account and credited to the payee’s account. This is done through programming interfaces that establish contact between the payment initiator and the account provider institutions.

The PISP does not have direct access to the customers’ bank accounts, nor is it part of the financial flow in the transaction, but simply sends messages to the financial institutions in the payment arrangement.

In the case of WhatsApp Pay in Brazil, which will use Visa’s and Mastercard’s infrastructure, the acquirer will process the transactions, while WhatsApp will authenticate the users for each payment initiation.

Payment initiation is made possible by partnerships between financial institutions and payment service providers. The market will be able to explore the synergy between this modality and other initiatives by the Central Bank – especially interoperability with Pix and sharing of Open Banking.

The third phase of Open Banking, which should begin on August 30, 2021, will be dedicated to sharing data for payment initiation. With this, the major banks and payment institutions will have to provide open APIs that allow the initiation of payments by third parties authorized by the Central Bank.

Will WhatsApp be the new Wechat?

The idea of integrating payment services with social networks is not new. The most emblematic case is the Chinese Wechat Pay. Like WhatsApp, Wechat emerged as a messaging app in 2009, but has since become a “super app” with a variety of functions available to users on one platform.

Launched in 2013, Wechat Pay exploits the synergy of value between the social network of contacts and the ability to make transfers to these same contacts in one place, without leaving the app. For instance, it initially gained public support with a campaign that digitized an old Chinese New Year tradition: sending money in red envelopes to family and friends.

Aaron Klein of the US think tank Brookings details how the scope and use cases for Wechat payments have evolved over time. Initially aimed at peer-to-peer transfers, Wechat came to be used by small merchants and service providers, who have a close user experience between business and personal account. With the provision of offline QR Code payments, the app could become a payment method in a variety of scenarios – cab rides, stores, restaurants, parking lots etc.

Due to the convenience and low cost relative to other payment methods, mobile payments have become one of the main payment methods in China, replacing the use of cash. According to the Bank for International Settlements (BIS), 16% of China’s GDP goes through payments on digital platforms like Wechat and Alipay.

Wechat reached 1.15 billion monthly active users in 2019, according to Xinhua, and is the second largest mobile payments provider in China, with 39% of the market share. Wechat Pay is second only to Alipay, associated with e-commerce giant Alibaba. Together, Alipay and WeChat Pay dominate 94% of mobile payments in China.

The case of Wechat Pay suggests that other similar initiatives, such as WhatsApp Pay, have immense potential. Many factors influence the speed of uptake of a service, but the international experience of digital payments shows that there are two groups of key determinants: on the one hand, how varied the possibilities of use are for the service; on the other hand, how the current market supplies the existing demands.

In the Brazilian case, the rapid advance of Pix over other forms of peer-to-peer transfers, such as TED and DOC, has shown that there is a demand for greater convenience in this type of service and that Brazilians are open to experimenting with new formats.

In addition, a fact that can contribute to the adhesion to Whatsapp’s payment service is the app’s high penetration among Brazilians. There are about 120 million users, which means that the application is used in one out of every two smartphones in Brazil. This is relevant not only for the amount of potential users itself, but for the familiarity of the public with the app’s interface.

Still, WhatsApp will have to show the value of its payments service compared to Pix and the other electronic payment arrangements already on the market.

In India, WhatsApp’s 500 million active users base has not yet been enough to put the app at the top of most used digital payment services. According to Financial Express’ report, one of the problems may have been precisely the limitation of usage to peer-to-peer transfers, while other payment services offer a wider range of use cases, including online and offline sales payments.

In Brazil, at least for now, Whatsapp Pay will also be limited to peer-to-peer transfers. As the president of Mastercard Brazil and Southern Cone told Reuters, WhatsApp Pay intends to present itself as an option as convenient as Pix, but more secure, allowing fot the reversal of suspicious transactions – something that is not yet possible in the BCB’s instant payments arrangement.

However, even with special security protocols for WhatsApp Pay, convincing the public that it is safe to make transfers on the app may be a difficult task. After all, in 2020 alone more than 5 million Brazilians had their WhatsApp accounts cloned, as reports Agência Brasil.

In the future, the goal of the social network is to enable in-app payments for business accounts as well. At the point of sale, WhatsApp Pay will compete not only with other digital wallets (including some powered by big retail chains, such as Ame and Magalu Pay), but also with cards, which have been gaining ground and became more convenience with contatcless payments.

It is perhaps in e-commerce that WhatsApp Pay will present the greatest competitive advantage as a payment service. With the authorization to initiate P2M (consumer to merchant) transfers through the Facebook Pay digital wallet, Facebook products (which include WhatsApp, Facebook, Messenger, and Instagram) will gain convenience as marketplaces, as it will be possible to perform all steps of the purchase in the app.

Today, purchases made via social networks must be paid elsewhere, either through a payment link or by making a transfer in the bank’s app. With in-app payments, there’s reduced friction for sales’ conversion, which may appeal to merchants.

From the consumers’ point of view, what really draws attention and should be carefully observed is the social network’s access and use of personal data. With the addition of a payment servisse, the Facebook group will have even greater access to information about users, including their behavior patterns, interests, and purchasing power. Studies on the role of Big Techs in the financial system show that it is mainly by exploiting data that tech companies gain competitive advantages over other players in the field. 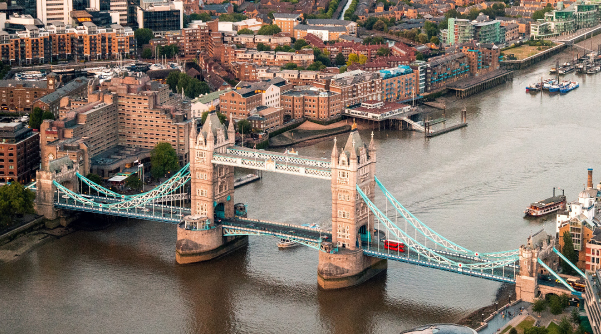